Female Leadership in Healthcare: Growth, and a Ways to Go

View all blog posts under Articles

Healthcare is an industry that impacts people across the nation and around the world. The industry has made great advancements over the years, due in part to the technological advancements that have impacted patient care, follow-up, and other important issues.

In the past, healthcare was a male-dominated field without much room for women to advance. Although the playing field continues to shift, women still struggle to break through to the higher levels of healthcare. What’s especially interesting about that power dynamic is that women tend to be the primary decision-makers when it comes to health and the care they and their family members receive. Although women play an active role on the receiving side of healthcare, they are still underrepresented in the leadership roles of the industry.

According to a study performed by Rock Health, only 4 percent of CEOs of healthcare organizations are female. Another study by Fortune magazine conducted in 2017 reported that 11 percent of CFOs across all industries are women, while only about 18 percent of the board seats in the 3,000 largest publicly traded companies are filled by women.

Looking to Break the Healthcare Ceiling

For goal-oriented women working in healthcare, these figures can be frustrating. According to Megan Zweig, the director of research at Rock Health, “the representation of women in health leadership is growing at a frustratingly glacial pace.” She went on to reference the #MeToo movement, which has created a shift in the acceptance of gender discrimination in the workplace. This shift applies to female leadership in the healthcare industry, as “more women than ever [are sharing] their experiences with gender discrimination. Many also shared the tactics they’ve used to advance their own career growth while lifting other women up,” said Zweig.

Although growth is happening, the pace is slow, causing more pessimism among women in this industry. Over half of the women surveyed in the Rock Health study reported that they believed it would take at least 25 years before gender parity would be achieved in their workplaces.

Location and Size Are Major Factors

The location of the healthcare companies, as well as their sizes, are also factors in the number of women who are employed at the executive level. For example, the Rock Health study showed that among digital health companies located in the Midwest, only 3 percent have a female CEO. In the South, the number is only slightly higher at 8 percent, while 12.5 percent of similar companies in the Northeast have a female CEO.

When a healthcare company has 10 employees or fewer, the leadership team is more likely to agree that the company supports female leaders. As the size of the company increases, the likelihood of employees agreeing with that statement drops until the company size reaches 1,000 employees. Beyond that employee count, larger organizations often have diversity and inclusion programs in place, which can help boost the number of women who are promoted or brought on board to fill higher positions. On either side of the industry, women working for smaller organizations rank their companies higher in terms of support of their career development.

While other industries have seen significant growth among women in leadership positions, the healthcare industry continues to move slowly. Since 2015, the number of women serving in executive roles in this industry has remained fairly low. The Rock Health survey reported that only about 33 percent of hospitals have female executives, while about 22 percent of Fortune 500 health companies employ women in their C-level positions. In the digital health startup world, the numbers are even lower at 10-12 percent. 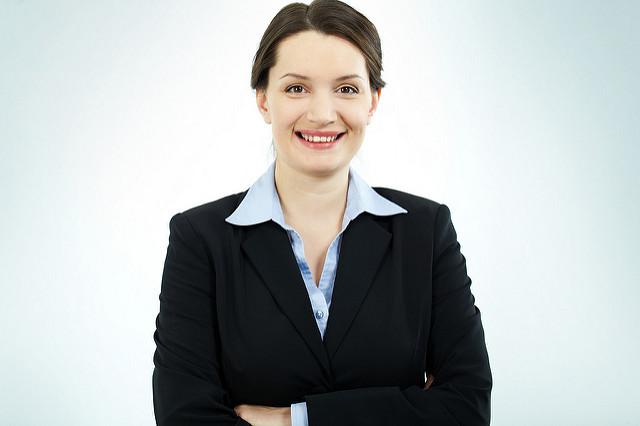 The Rock Health study also showed some interesting statistics about employee satisfaction in companies that are led by women. When the company’s executive team is 10 percent or less made up of females, the ranking of company culture came in at 5.5 out of 10. On the other hand, the Rock Health study reported when a company’s executive team is 50 percent or more made up of females, the company culture scores jumped to 8.6.

In order to overcome the obstacles and break through the barriers, females in healthcare must support one another and share their experiences. Unfortunately, that has not been the case for many women in these roles. When qualifying the data in the survey, the team at Rock Health was surprised to see that an alarming number of women reported interactions with other women in healthcare who are not only unsupportive but are intentionally derailing other women’s progress or bullying others around them in the field.

Fawn Lopez, the publisher of Modern Healthcare and vice president of Crain Communications, shared her experience at the Women Leaders in Healthcare Conference in July 2018. She shared the agenda with CEOs, CIOs, CFOs, and other high-level female executives in the healthcare industry. Lopez stated, “The trajectory of my own career — which culminated in my position as publisher of Modern Healthcare and corporate vice president of Crain Communications — is the product of myriad ‘random acts of kindness’ from friends, colleagues, and industry insiders over the years.”

When Lopez looks back on her own career, she remembers both men and women helping to shape her career and life, offering encouragement and words of inspiration during tough times, as well as offering advice on resolving conflicts and managing difficult colleagues. She continued, “Other women deserve the same opportunities. They need support, encouragement, and advice from those who have ‘been there, done that’ and are willing to share lessons learned.”

Exploring the Challenges in Healthcare

A number of complex challenges face women who are looking to advance their careers in the healthcare world. One of the most difficult obstacles to overcome is what is referred to as the “double bind” of how women are evaluated for C-level positions. This double bind refers to the fact that women are not only judged on their achievements and technical abilities, but also on how well their image and performance match what the company believes a female leader should be.

Some of the current leaders of the industry have an implicit bias against females in leadership positions because of the way things have always been in healthcare. Many of the expectations of leaders are influenced and defined by males. When women are promoted to higher positions, they often work in service-oriented functions rather than strategic and operational functions.

The women who aspire to lead in the healthcare organization must take action. Furthering  one’s education is an important step, which can bring new opportunities, insights, and connections in the field. Women should also create a comprehensive strategy to maximize their capacity for leadership, focusing on:

With a clear strategy in place and a degree that shows their commitment and knowledge,  women can  break through the traditional roles and achieve greater success in the healthcare leadership.

When the Affordable Care Act was in talks in Washington, D.C., the Senate majority made a decision to create a working group on healthcare. This group included 13 men but no women, which was upsetting to many of the women who have worked tirelessly to overcome the gender disparity in this industry. This is especially surprising considering that Susan Collins, a Republican senator from Maine, worked in healthcare for many years, including five years overseeing the Bureau of Insurance. However, the creation of this committee only furthered what many women have been saying about the healthcare industry for years.

As small shifts take place in the individual healthcare organizations, changes may come on a larger scale. Between 1995 and 2013, the number of women serving in CEO positions at Fortune 500 and Fortune 1000 companies doubled. Those numbers can continue to grow as women bring their expertise and innovations to healthcare companies across the globe.

Women who are looking to further their education to find jobs in healthcare leadership can pursue an Executive Master of Health Administration degree, offered through the Sol Price School of Public Policy  at the University of Southern California. Those who are successful in the program often have experience in healthcare management or clinical roles. The courses are designed to help students prepare to answer the pressing industry issues, such as quality of care, allocating healthcare dollars across generations, controlling costs, and ensuring that residents have access to quality care.

The healthcare field needs leaders who understand how the industry is evolving and transforming to adapt with the technological advancements reinventing the industry . These leaders may work in community health organizations, medical practices, and hospitals. An Executive Master of Health Administration degree of the University of Southern California can help students build the leadership skills they need to achieve their goals. By entering into the program, a student can gain the knowledge and experience to go forward and reinvent the healthcare industry.