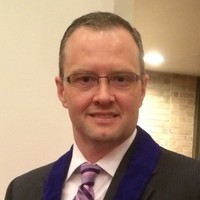 Gregory D. Chesley, MHA, is the Practice Administrator III over Cardiology for Baylor Scott & White Health.  He holds a Master’s Degree in Health Administration (MHA) from the University of Southern California.  His undergraduate degree is from Mercyhurst University in Erie, PA with a double major in Finance and Marketing and a minor in Business Administration.

In 1996, he relocated to Dallas and began his career in the healthcare field as a staff accountant with HCA covering 23 ambulatory surgery centers.  His career progressed to an ophthalmology physician practice management company (Physicians Resource Group) as a senior accountant.  In 1999, he took a financial analyst position with another specialty physician practice management company (CareSelect).  He ended his time at CareSelect as the Director of Purchasing, Planning, and Development.

Greg assumed the helm of Texas Cardiac Associates as the Chief Executive Officer in 2001 until their acquisition in 2015.  During the acquisition he became the Practice Administrator – Dallas Market, covering over 8 locations and 14 specialty providers, for Tenet Healthcare.  In 2016, the organization transitioned ownership to the Baylor Scott & White Health System.  Upon that transition he became the Practice Administrator III for the East Dallas Region over Cardiology and Pulmonology.  In this role he manages 14 locations, 20 specialty providers, 120+ employees for Baylor Scott & White.